・。.・゜・.。・.
@stackt 28 Bathurst St, Toronto
Watch Video
An urban weekend getaway like no other, Wavelength Music presents two magical days of musical and artistic discovery and escape inside the walls of shipping containers that make up @stackt, Toronto's newest space for creative placemaking. Easily accessible by transit, bicycle or on foot, Wavelength 2019 will be a hidden oasis of creativity and community within the market. 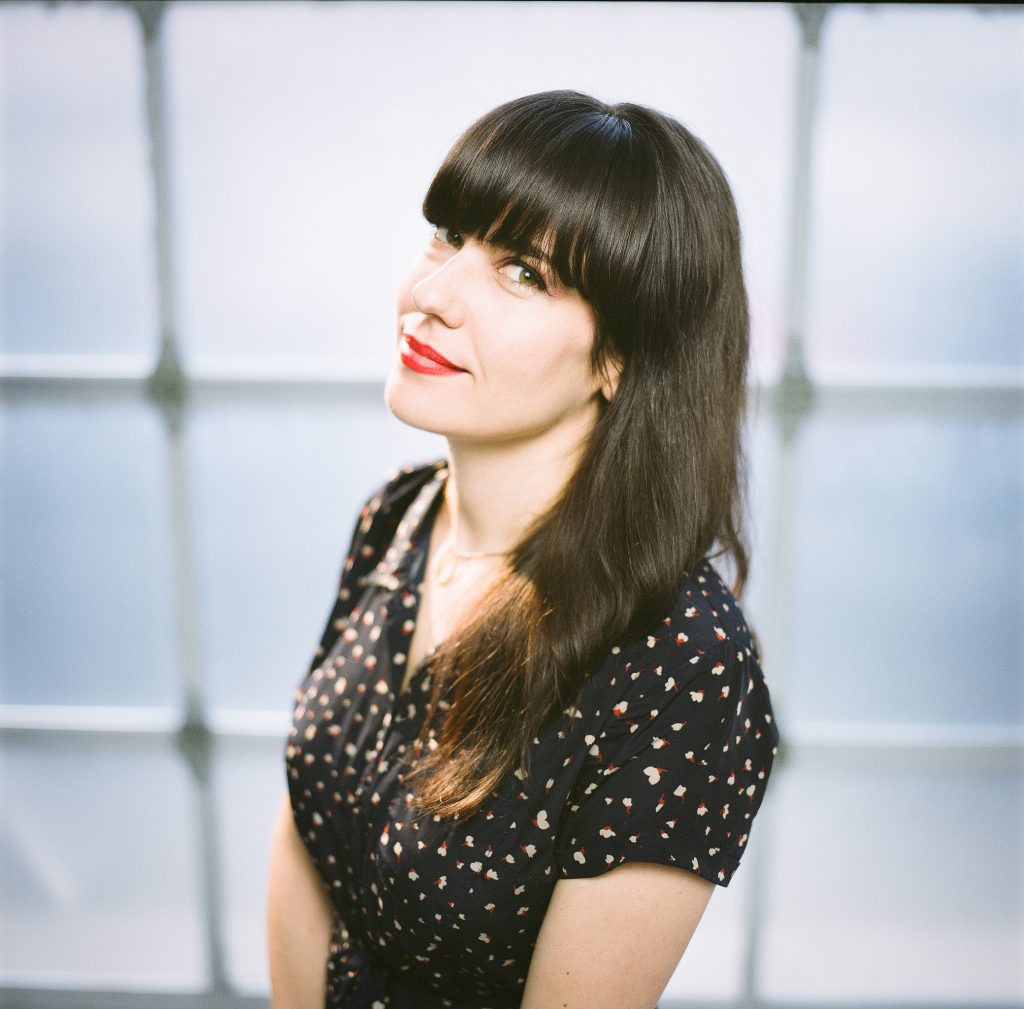 Lana Gay is a music journalist, broadcaster and the afternoon host on award winning Indie88, 88.1 FM in Toronto. She is fixated on independent music, the arts, and is proud to be a Polaris Prize and Prism Prize juror. An advocate for children’s literacy, she runs A Good Book Drive Toronto. Lana hails from Leamington, where she was raised on Motown music and Hungarian food (an underrated combo, really.) She won the 'Most Likely to Save the World Award' in high school and knows the value of a cold beer, an old record and a great pair of cowboy boots. Once, she tried to chase a rainbow and ended up in Blenheim, Ontario.

Outrageous, witty, and often political, Natalie hosts a weekly LGBTQ+, feminist friendly show The Crimson Wave at Comedy Bar in Toronto. She recorded her second TV taping in May 2019 for the Winnipeg Comedy Festival and her debut comedy album The Big Reveal is set was  released on Howl & Roar this summer.

In addition to the weekly show, Natalie is the co-host of the Crimson Wave Podcast. The menstruation-themed podcast was included in Blog TO’s Top 10 Toronto Podcasts and named by Toronto Life as one of the city’s most addictive podcasts. The Crimson Wave has been among the acts featured at JFL42, and was also an instrumental force in the Canadian Menstruators’ #NoTaxOnTampons campaign, writing and starring in the viral video to promote and spread awareness on the initiative to remove tax on menstruation products. The tax was successfully removed in July 2015.

Jialu Wang is a recent engineering graduate who used to want to go to grad school but now just wants to tell jokes for the rest of her life. She’s a fairly new comic who started doing stand-up in August 2017, a month before she turned 20.

In the short time she’s been doing stand-up, Jialu has performed on various stages and shows across the city such as Yas Kween, So Fresh n So Clean, and SHADE. She also recently started producing and hosting her own stand-up show called What Are You Doing After You Graduate?: A Comedy Show. which sold out its first two shows in Toronto and Kingston. Just last year, Jialu performed at the Chicago Women’s Funny Festival. Honestly, she’s just trying her best.

A few years ago, Cathryn Naiker decided to leave her career in broadcasting to follow her dreams of becoming a comedy writer, comedian and according to the British Journal of Psychiatry, completely insane. But the risk has paid off. In 2018 Cathryn started writing for This Hour Has 22 Minutes. Previously she was the writers room Script Coordinator for The Mr. D Show season 8 and The Beaverton Season 2, plus is a writing contributor for their website. Currently she is a writing consultant for the popular YouTube Channel ASAPScience.

Cathryn was also a top finalist in The Writers Guild of Canada and Bell Media’s Diverse Screenwriters program. She also wrote and co-starred in the IPF funded web series Dhaliwal ‘15 with YouTube star Jus Reign. As a comedian she has been accepted to the Women In Comedy Festival (WICF Boston) and performed at top comedy festivals such as, Just For Laughs 42, JFL Zoo fest, Gilda’s Club Laugh Fest, She Dot (Toronto 3 years in a row), Border City Comedy Fest, Brantford Comedy Fest, and NXNE to name a few. Cathryn was also featured in Sirius XM’s Canada’s Top Comic. She is an in-demand performer in Canada’s comedy scene and continues to pursue her goals of hilarious domination.

Greg Brown is a queer comic making a name for himself with clever observations, whimsical writing styles and attention-grabbing timing. Greg runs the YouTube channel AsapSCIENCE so he likes to mix Science with Stand Up creating a fresh perspective within the Canadian Comedy scene. Follow Greg everywhere: @whalewatchmeplz

Meg MacKay is a comedian, comedy writer, and actor, originally from Prince Edward Island. She’s performed at Just For Laughs, JFL42, and her one-woman show Freelance Witch won the Patron’s Pick and Best of Fringe North at the Toronto Fringe Festival 2018. She will make her television debut this fall on the upcoming CBC sketch comedy series Tallboyz.

Surer Qaly Deria is stand-up comic and writer based in Toronto. She’s performed at Montreal’s Sketchfest, and LadyFest. You may have seen her perform at Yuk Yuk’s Nubian Night, Shade’s 2 year anniversary show, or various spots throughout the city. She is a growing talent in the scene and someone to watch out for. She also deeply loves and fears Beyonce.

Sima Sepehri is a snack connoisseur and doesn’t believe in raisins. “We’ve done far too much with the grape to acknowledge them”. She will judge you based on your favourite type of chips and make you laugh while doing it. Hailing from Tehran, Iran Sima has always called Tehranto her home. Her humour is mostly driven by her deep curiosity around how annoying we all are. “Do we deserve this existence? Probably not, I fucking have bottled water in my bag.” She produces a stand-up comedy show called Working Nights and she’s doing stand-up comedy all over Toronto. She is also an actor with a few film projects that will be out later this year.

In addition to Wavelength’s curated immersive public art installations and festival activities, stackt is home to Inspire - a celebration of local contemporary culture, art, and community connection. The program unveils art interventions, cultural showcase, and authentic community engagement. Its aim is to unlock the potential for new, ever-evolving urban space as a hub of artistic expression, social exchange and muse for positive change.
General Chaos Visuals

Inspired by the psychedelic, immersive visuals of Hawkwind, Steve Lindsey founded General Chaos Visuals in 2000. Steve has created and delivered analog projections for the majority of Wavelength’s shows over our 19 year history. The images used on his hand-painted gels are entirely abstract, using techniques he has developed to give his imagery its unmistakable look.

VERSA is bringing psychedelic marbling to the masses. Try out ancient marbling techniques using ink to create trippy patterns in a liquid basin. VERSA uses this method during their live performances to visualize and respond to sound. In this interactive installation you can create your own one-of-a-kind print to take home.

Kayla Buium is a Muralist, Illustrator and Sculpture from Toronto Ontario.  She uses colorful aesthetics and comedy to spoonful hash critiques on society. Buium is building an 8-foot rotating sculpture that uses color, optics and light to create a thrilling illusion. This sculpture represents our pursuit for self-actualization in the modern era.

Join in on the fun with Rock’n’Roll Fantasy by Stephanie Avery, a paint-by-number mural that will be completed over the span of the festival. Choose your colour and take part in this communal art experience! Stephanie Avery is a Toronto-based artist and currently one of the artists in residence at the Toronto Museum of Contemporary Art.

Roxanne Ignatius is a Toronto based illustrator, costume designer and textile installation artist who joined the Wavelength team in 2015. Roxanne draws inspiration from folk arts, traditional textiles and weaving, and the natural world. Past projects include a portable vulva doorway installation for Maylee Todd and a 300 square foot immersive blanket fort set for Caterwaul Theatre.

Pump up the jam with Super Pump – the fun and physical 2-4 player party game by Electric Perfume where participants compete using bicycle pumps as game controllers!

Introducing the world’s most advanced Artificially Intelligent vending machine. Tech giant Unicorp Industries’ latest release fast-forwards us to a future where custom trinkets are made in real-time and authentic material gratification is available on demand! For only $5 you can make ANYTHING (except mass-produced meaningless garbage) with TrinkeTron TURBO 2000. Visit us at http://trinketron.com 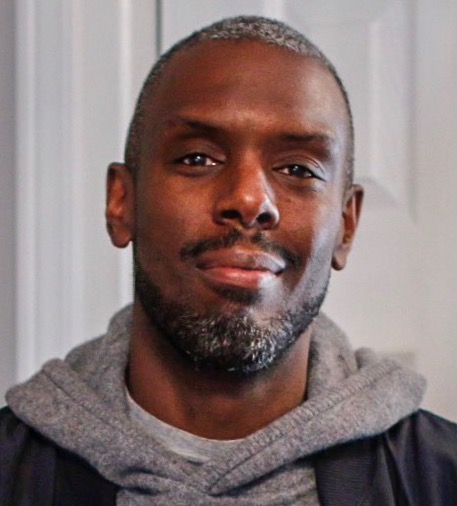 Ian Steaman is a Toronto-based music industry executive and writer who, over the course of his career, has worked with many genre and culture-deﬁning artists from De La Soul, Queen Latifah, House of Pain and Naughty by Nature to T-Pain, Too Short, Kelis, Big Boi of Outkast, and Lil B’s ﬁrst group, The Pack. Most recently he has overseen artist programming and bookings for CBC Music's First Play Live sessions series and runs the pioneering music blog, DIFFERENT KITCHEN. He is also currently developing an hour-long television drama set in the world of the Toronto hip-hop industry.

Get All Shows Passport

Continuing our tradition of transforming a local space into an urban oasis for music, art, and community, we’ll be taking over stackt for our 2019 Festival with the main stage weather-protected inside Belgian Moon Brewery @ stackt - which we should note, in addition to oﬀering a variety of seasonal beers to quench your thirst, is air conditioned. Aaaahhhhhh.

Doors open at 5 p.m. each day (Saturday, August 17 & Sunday, August 18) with curfew at midnight. Must be age of majority and have festival wristband to enter main stage venue space.

@ stackt is a unique, ever-changing and curated retail experience made up of like-minded local, national and international partners each providing new ways to shop, connect, and discover. Through the use of shipping containers, they’ve taken unused land and transformed it into an experience of curated discovery. The ever-changing end result is a cultural lifestyle market mixed with a community meeting hub, in a space designed to feed your curiosity and inspire your thinking.

@ stackt has created unique and innovative food oﬀerings with an assortment of menus from an ever-changing variety of chefs and restaurant concepts, which are available to you during the Festival. At last check, the following vendors were located inside stackt. You can check their website for the latest info on their rotating chef platform which showcases veterans next to rising stars, top chefs alongside diamonds in the rough. Come and get fed.
a

Down home southern recipes created by our head chef Chen Chen. Born in a small town outside of Beijing, China & raised in the heart of Nashville Tennessee; their food is ﬁlled with delicious heart & soul.

Chef Eleanor is bringing Lion City to @ stackt! Born and bred in Singapore, Elle moved to Toronto 4 years ago. She scoured the city's many enclaves for spices/ingredients to recreate the authentic ﬂavours of Singapore.

Reunion Coﬀee Roasters is about creating great coﬀee experiences while doing good in the world. At @ stackt, that means a beautiful café, serving sustainably-sourced and award-winning coﬀees.

YamChops Plant - Based Butcher and Market

Welcome to YamChops, North America's ﬁrst plant - based butcher shop! Vegan, vegetarian or ﬂexitarian... try them out and lose your "Veginity"!

Leave the car at home!
Seriously. Don’t drive to our festival. Parking is neither plentiful nor aﬀordable anywhere near the festival site. We don’t want to declare war on your precious car, but we will give it a serious eye-roll. If you MUST drive, please, for the sake of the environment, carpool.

Bicycle is the best way to get to the Festival!

@ stackt is located right on Bathurst St. at Front St., and is well-served by the Toronto Cycling Network. Nearby bike lanes include: Richmond, Adelaide, and Wellington St. W.

Self-serve bike racks are on-site, so get your wheels tuned up and don’t forget your U-lock. There is plenty of space for you to lock up your wheels!

The TTC is the better way, when you’re attending a music festival and stackt is well-served by multiple public transit routes.

Plan your trip on the TTC.

@ stackt is a 20 minute walk for most from Trinity Bellwoods Park and Union Station. Using GPS or Google Maps? Enter 28 Bathurst St. for directions to the entrance.